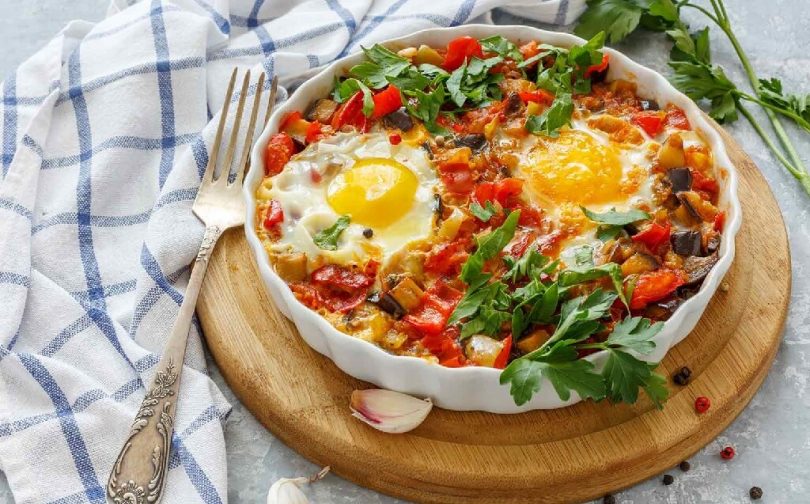 Today is Shakshuka, because I’m on my way to Palestine this weekend! The perfect excuse to prepare this traditional dish from the Middle East, both rustic and tasty. Tomatoes, poached eggs, all sprinkled with a little feta, you will love to dip a slice of fresh bread in it to sauce.

Shaksuka, a dish that takes you on a journey…

These past few weeks have been very busy for me, and my head still busy with work, I find it hard to realize that in two days, I will fly to Palestine. I go there for a wedding and take the opportunity to stay a few days to discover the surroundings. I, who have never really considered this destination, today I am delighted that life creates the occasion and all excited with the idea of ​​discovering a new part of the world, touching its culinary traditions and enjoying well sure of the upcoming summer weather (summer in April, what more could you ask for?).

But let’s get back to our dish here. As I was telling you a moment ago, I don’t know much about anything related to Middle Eastern traditions and other Jewish dishes in general. However, there is a dish that I have really wanted to try for a long time already. You will understand, it is indeed the Shakshuka. Just looking at the photos of this dish made with tomatoes and poached eggs that I see from time to time appear on Pinterest or any other culinary site that I consult regularly, I am already hungry. And it works every time.

The Shakshuka also reminds me of a dish that my mother used to prepare in the summer when I was a child. Funny thing: it is almost the same dish, except that with us, the name “Shakshuka” did not exist. I remember that often we prepared this dish (yes “we”, because even small, I was never far from the kitchen) with large very ripe garden tomatoes like beef heart. If I really liked the egg-tomato mixture, my favorite part nevertheless consisted in saucing the dish with a big slice of country bread. A trivial pleasure no doubt, but so good!

But then what exactly is it? What is Shakshuka? It is simply a dish of poached eggs in a sauce with tomatoes, onions, spices and cumin , which is traditionally served in a cast iron pan or any other type of oven pan. Yes, very simple, I told you.

His origins ? Its origins are a compilation of cuisines from Lebanon, Egypt, Tunisia, Algeria and Morocco. The dish is now also popular in Palestine, where it was introduced by Jews from Libya and Tunisia when they immigrated to Palestine in the tens of thousands in the 1950s. Over time, the Shakshuka has become popular in both North Africa and the Middle East.

If you are wondering where the origin of this strange name comes from, here is the answer: in Arabic, “shakshuka” means “mixture”. According to some, the dish initially appeared under the name of “chakchouka”, a Berber word meaning “stew”. But this remains very vague and there are very many other interpretations of the origin of Shakshuka according to beliefs and traditions.

Traditionally, the shakshuka recipe is very basic, and simply consists of tomatoes in sauce, poached eggs, paprika and olive oil, but some versions also include salted cheese as is the case here. with feta (I love this cheese).

In short, Shakshuka is a perfect everyday dish that requires very little preparation, and which can also be served at brunch on weekends. When the tomatoes are in season, opt for fresh and very ripe tomatoes instead of canned tomatoes, it will only get better!

Be confident and add your little twist if necessary: ​​a few peppers cut into strips, harissa (spicy pepper sauce), pieces of sausage or merguez, or even prosciutto. Serve with fresh coriander and large slices of bread or pita bread. Enjoy your meal !

Discover the recipe for Tunisian Shakshuka: a typical dish made with spicy tomato sauce, poached eggs and feta.

Caution: the scale button does not work for values in parenthesis. 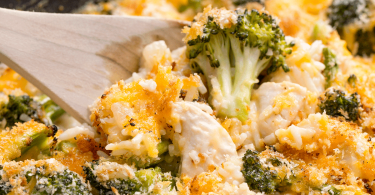 Are you looking for a simple and easy recipe? Then you’ve come to the right place! This slow... 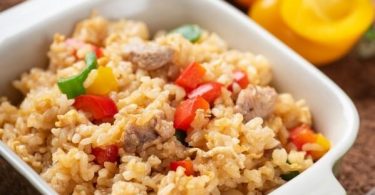 Here are the nutritional and health secrets for a Fried rice recipe with vegetables from My Healthy... 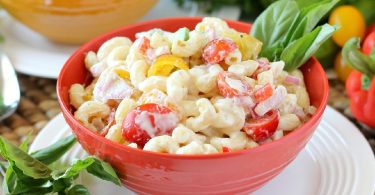 Mayonnaise pasta salad is one of the appetizers for delicious appetizers! How can you prepare it in... 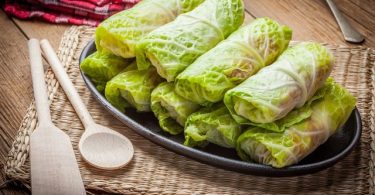 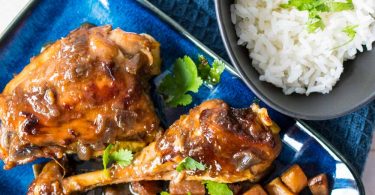 Gin ginger chicken recipe (Ga Kho Gung) : I am a big fan of ginger. For me it is part of the... 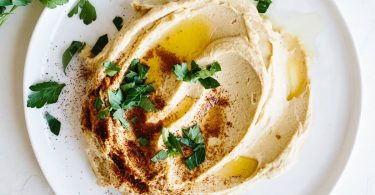 Learn in this article several ways to help you how to prepare 3 healthy and easy hummus recipe... 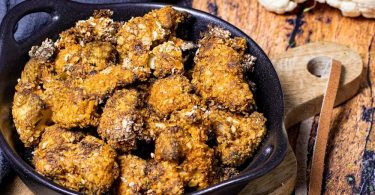 Cauliflower bread recipe: what if at the start we made a small dish that is easy an quick... 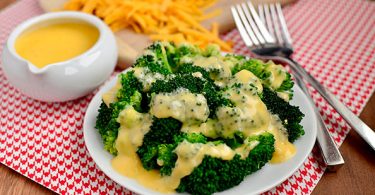 Broccoli : Low-calorie Mediterranean cabbage, exceptionally rich in vitamins (C, A, B9). It... 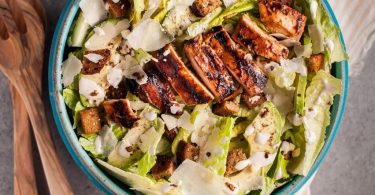 Learn about how to prepare chicken Caesar salad recipe, its operating mode and the most important...